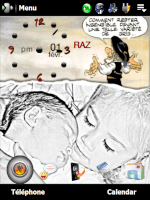 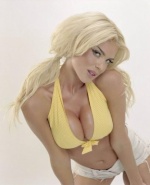 
* Added new workout types: skiing, rowing, horse riding, driving,
flying, sailing, swimming, hiking, paragliding, snowboarding,
cross-country skiing, surfing and golfing.
* Added variable sampling rates according to workout type.
* Altitude mode is auto-detected now. There should be no need to set
it manually now, but the option’s still there in the profile screen if
you need it.
* Added an experimental auto-pause feature. We
still don’t know if it works well on all devices, but you can turn it
off in the profile screen if you don’t like it.
* The workout tracking map screen now displays the correct current speed instead of the average speed (oops).
* Removed the splash screen. Starting SportyPal now takes you directly to the main menu.
* When uploading, you’ll get a notification when a new version is
available. The notification should contain a clickable link that you
can use to download the new version directly.
* SportyPal now
sends unit system information properly when using the device to create
an account. If you register an account with imperial units selected,
you’ll see imperial units when you log in to the website with that
account.
* Fixed several extremely rare bugs that make SportyPal unstartable, like corrupted workouts or map images being saved.
* Also fixed a potential Facebook-related crash (“potential” as in “no
one has reported it, but it was bound to happen sooner or later”).
* SportyPal now checks for and attempts to correct negative length/time workouts.
* Fixed the pop-up menus that sometimes refused to appear.
* The profile screen should start-up much faster now.
* Added some instructions on where you should place the device during
the workout. They show up while you’re waiting for a GPS signal fix.
* You no longer have to enter an e-mail address to start a workout. You only need to enter your weight now.
* Fixed several translation-related bugs in the sharing screen.
* The sharing screen should now close itself after a successful share.